Frank Mastrolonardo, President and CEO of Only Hope Prison Ministries, is an advocate for individuals who have chains on their souls and are lost in a hopeless world without Jesus Christ. Frank worked as a business executive for 25 years with extensive sales and general management experience working with both non-profit and Fortune 100 companies, including medical, consumer, commercial, military, industrial, automotive, aerospace and telecommunications market segments while also serving as a volunteer Chaplain for the Los Angeles County Sheriff’s Department. He left the business sector in 2006 to join Cornerstone Community Church in Simi Valley as the Local & Global Ministries Pastor. During this time Frank also served as Vice President of Ministries for the Rescue Mission Alliance.

Frank is married to his wife, Susan. Together they are the parents of 5 children ranging in age from 27 to 39. Frank and Susan's home church is Grace Community Church in Sun Valley, CA.  Click here to watch a sermon by Frank Mastrolonardo.

Immanuel received his Bachelor's degree in Computer Science from Stanford University in 1990, and his Masters in Education from UCLA in 1992. He has been a computer programmer and IT professional since 1990, and taught high school math and computer programming from 1993 to 1998. Immanuel currently serves as a Chaplain at the North County Correctional Facility since 2004, and enjoys worshiping and exploring truth in God's word with the men behind bars.

Rev. Rich Hines received his Master of Ministry from Talbot Theological Seminary, and spent 21 years as a Chaplain in Los Angeles County jails. He also served on the pastoral staff of Grace Community Church in Sun Valley, CA, for 17 years.

Rev. Hines has been involved in church planting, radio Bible teaching, overseeing missionaries, and he was formerly with Aurora Ministries, as the Director of a nationwide ministry to chaplains. He is also the Director of the Chaplains Training Academy, which has campuses in California, Florida, Illinois, Washington, Florida.  This Academy graduates students with a credential stating they are fit for Biblical correctional chaplaincy.

He has prepared a Jail Ministry Training Manual which you can download from our Academy Training page, and delivers a monthly message to correctional chaplains and gospel volunteers - which are available for download on our Chaplain's Corner page.

Currently, Steve serves in as a Senior Chaplain in the Los Angeles County Sheriff’s Department Jails. In addition to regular chaplain duties providing spiritual care and teaching Bible studies, he oversees the re-entry ministry for Only Hope Prison Ministries helping chaplains to assess and place inmates in transitional programs after their release.  For 14 years prior to coming to Only Hope Prison Ministries Steve served at the Union Rescue Mission (URM) in Los Angeles as a chaplain for 6 years and then in executive leadership as the vice President of Programs and Operations.  At the URM he helped develop programs for residential substance abuse treatment as well as administrating all programs including rescue for single men and women, and transitional programs for homeless mothers with children. Further, Steve has over 30 years’ experience as a pastoral counselor. Steve is also a part-time adjunct instructor at Talbot School of Theology in La Mirada, California teaching pastoral care and counseling.  He is a graduate of Talbot School of Theology with a Masters Degree in Marriage and Family Ministries. 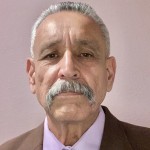 Eduardo (Lalo) Torres was the former and founding pastor of Chosen Generation Ministry, a 501c3 non-profit organization. He began serving in the Juvenile Halls in the late 1990s and later became a volunteer chaplain at the Downtown Los Angeles Twin Towers and Men’s Central Jail. Since 2017 he has been serving at NCCF and is a volunteer chaplain in the Calif State Prisons. His passion is to reach the least, the lost, but not forgotten, because he too was in and out of jails and prisons for nearly 20 years of his life. Yet by the Grace of God, he was set free and delivered from the destructive trap of heroin, violence, and prisons. Lalo and his wife Valarie have two teenage daughters, is a general contractor, and a Marine Corps Veteran.

Skip back to main navigation